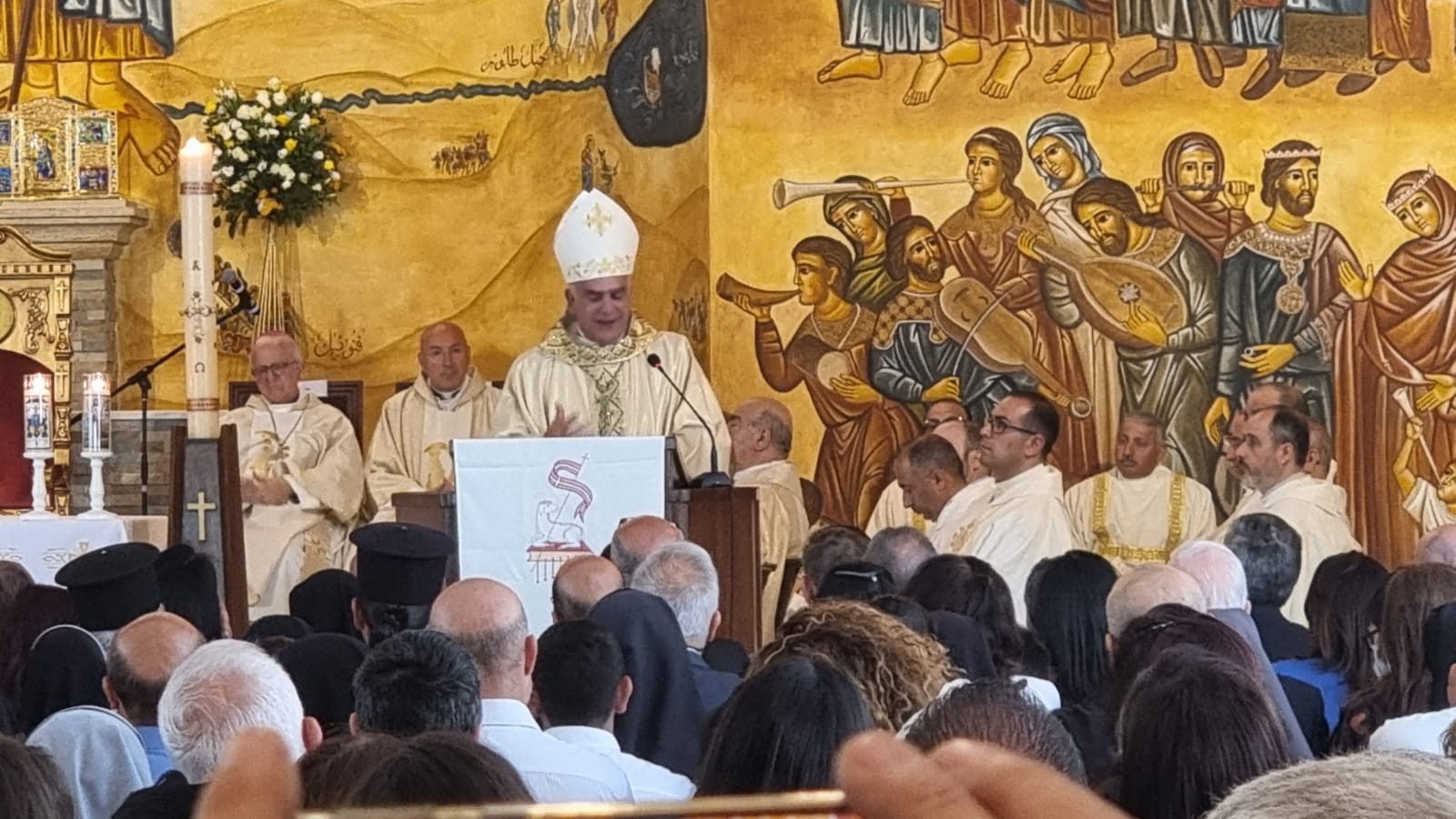 On 13th of May H.E. the Ambassador Lorenzo Borghese, along with many other representatives joined in prayer the Holy Mass held at the Church of the Good Shepherd in Amman for H.E. Bishop Jamal Khedr Latin Patriarchal Vicar of Jordan who assumed his spiritual duties as auxiliary bishop and Latin Patriarchal Vicar for Jordan following his Episcopal ordination in Bethlehem a week earlier.

Many Jordanian representatives cheered this new appointment among which the Latin Patriarch of Jerusalem His Beatitude Pierbattista Pizzaballa, Greek Orthodox Archbishop Christophoros Atallah, a number of bishops, priests, and nuns, the minister of culture, members of the Upper and Lower Houses of Parliament, members of the diplomatic corps, heads of church institutions, and believers from all over the Kingdom.
The Chief of the Royal Hashemite Court Yousef al-Isawi conveyed the greetings of His Majesty King Abdullah II to all the attendees, expressed his pride in them, and conveyed well wishes to H.E. Bishop Jamal Khedr on his Episcopal ordination and naming as Latin patriarchal vicar for Jordan while wishing him and those who serve with him success in the service of the Church and the homeland.
He was received by the Latin Patriarch Pierbattista, Director of the Catholic Center for Studies and Media Fr. Rif’at Bader, and the Secretary General of the Latin Vicariate Fr. Imad Alamat.
Bishop Jamal Khedr stressed in his homily during the Holy Mass that the mission of the Latin Patriarchate in Jordan has always been to serve this dear Country with all its components, as well as in harmony and cooperation with the institutions and leadership of the Country. He reiterated the commitment of the Latin Church and its numerous institutions to act for the good of the Church and the faithful, in addition to serving the nation with all its components, and spreading the message of Jordan, namely the message of the Hashemites, under the leadership of His Majesty King Abdullah II and Crown Prince Al Hussein Ibn Abdullah II.
In this context, Bishop Khedr pointed out that a bishop has several tasks as stated in the resolutions undertaken by the Second Ecumenical Council of the Vatican which calls among others to concerting all efforts especially with priests, each one in his position and according to his responsibilities, as a single priestly body. Furthermore, the motto of “mercy and justice” which he chose for his Episcopal ordination is nothing but an integrated plan of action since the central mission of the Church is to spread God’s mercy, justice, and care for all human beings. 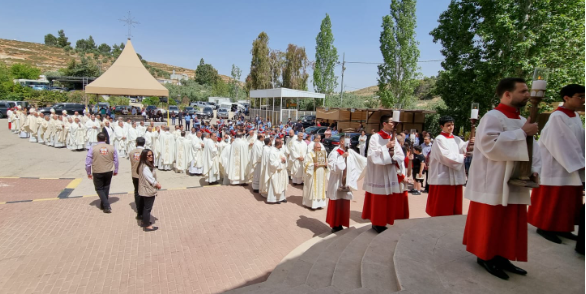 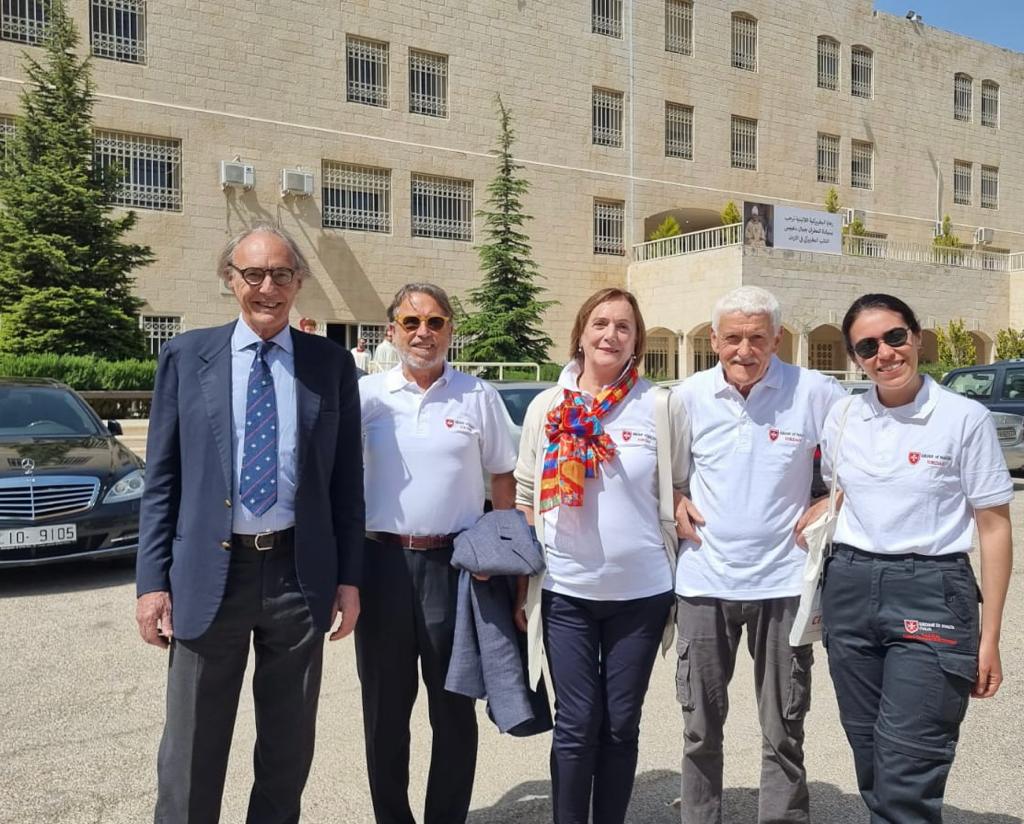 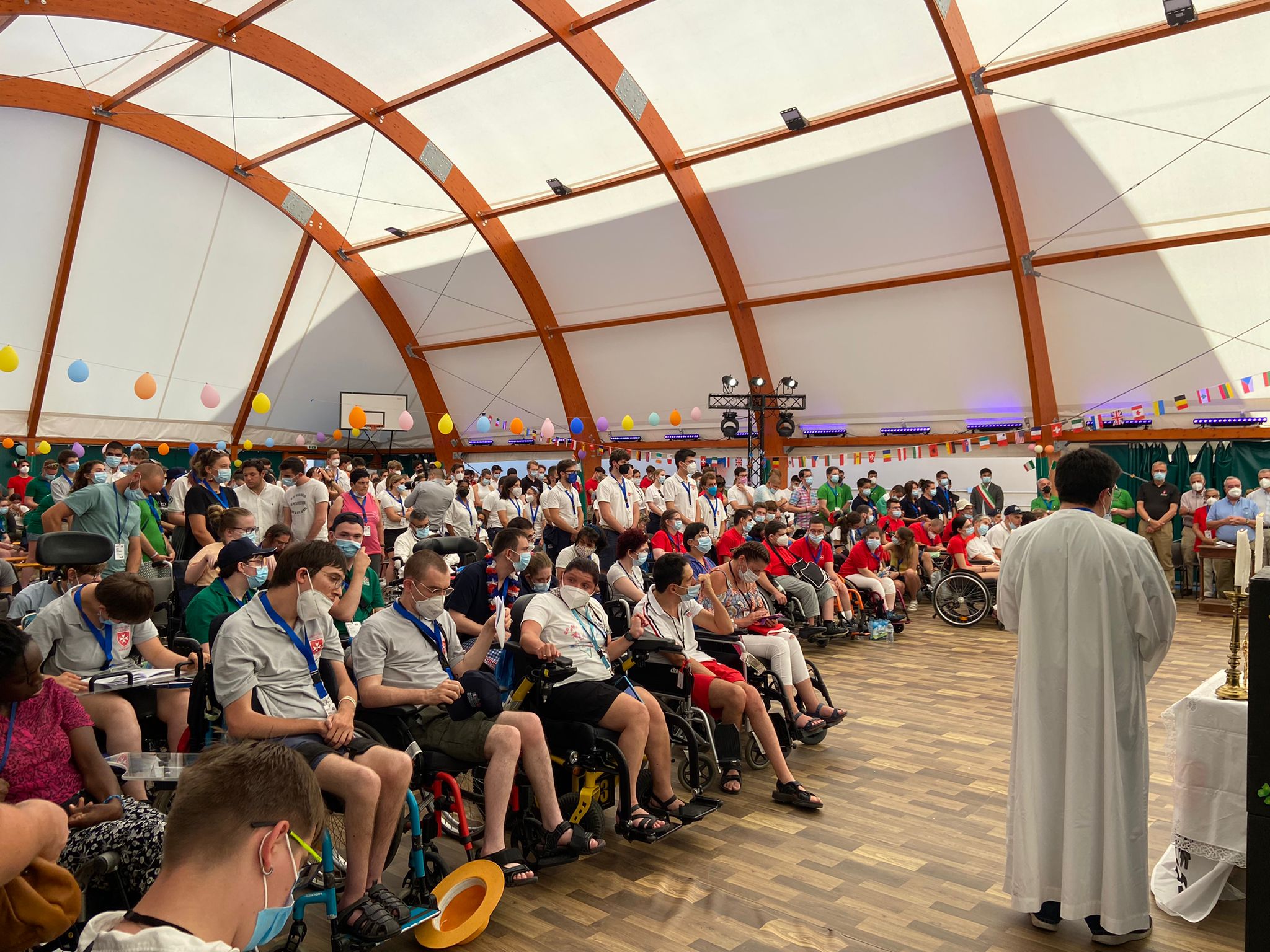 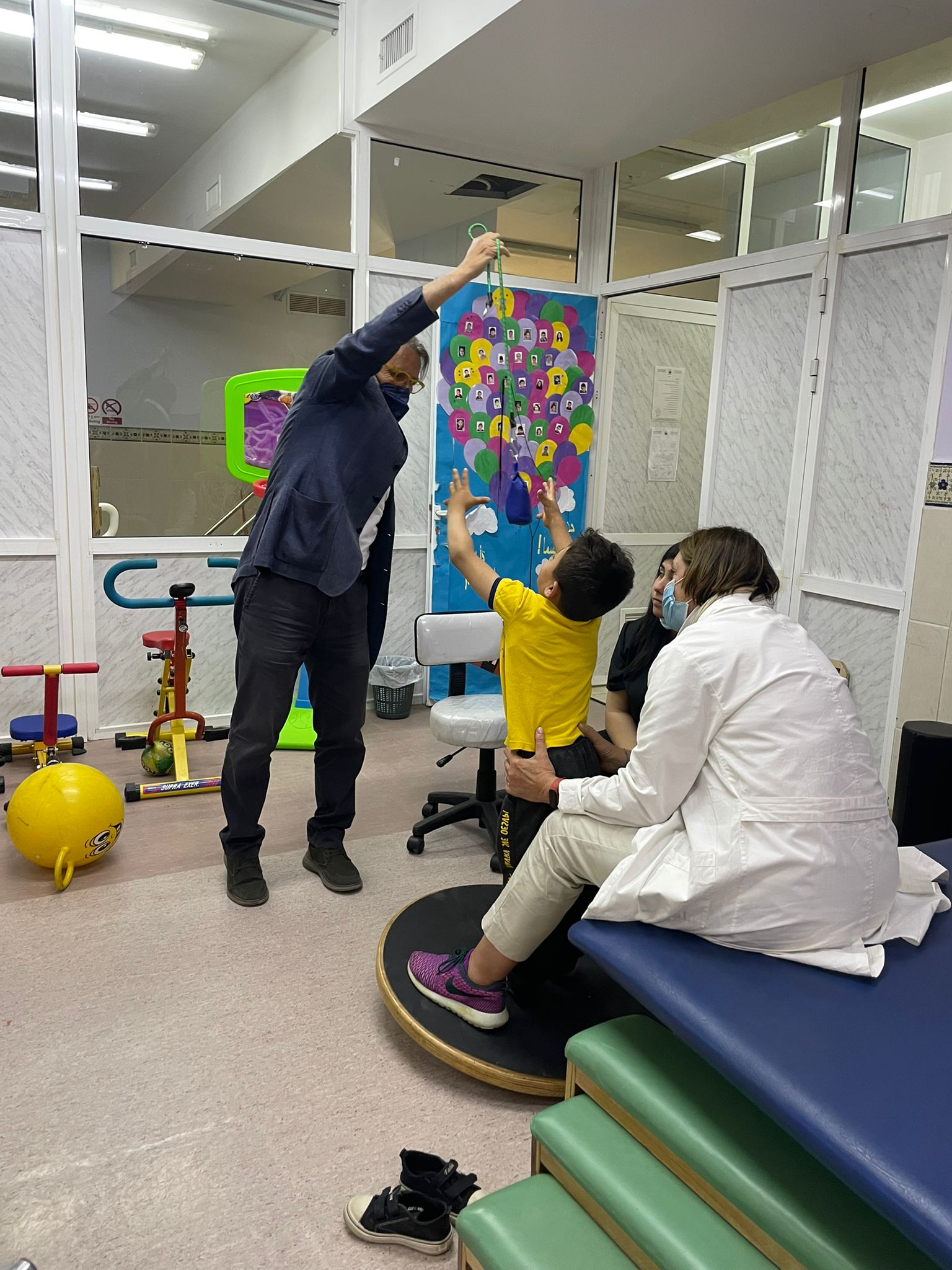 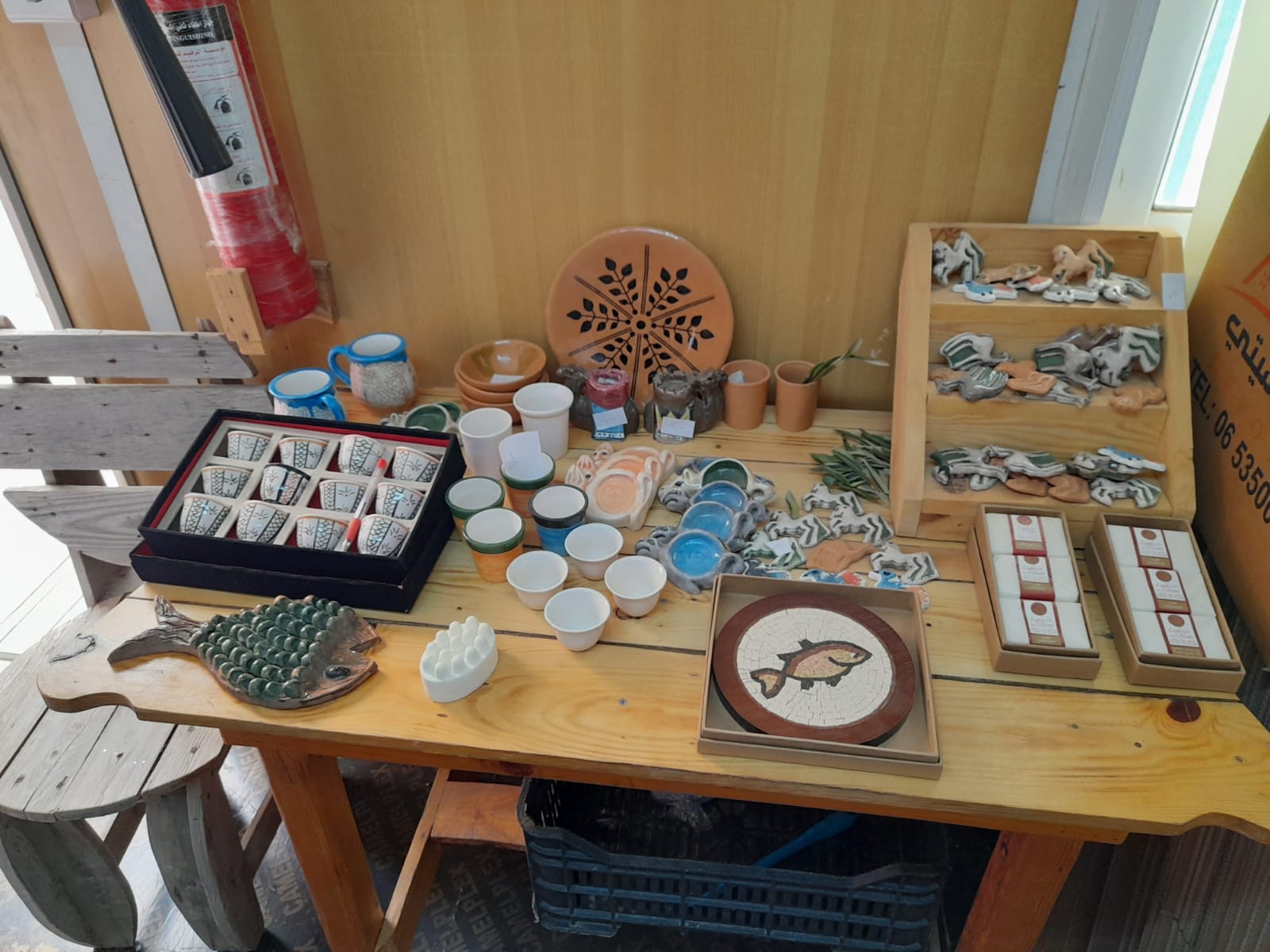